First lets look through the windows. Now my favourite window was the round window, I never really *felt* the square or arched window, as luck would have it that was the very window I was in search of tonight. The mission tonight was to sort out my rear wheel. The plan was to bend a rim off an old bike down to around a 20-24 spoke hole size and approximately 16-18 inch diameter (Commonly safety bicycle rims come in 28, 32, 36 spoke but they can be any number of holes) and find a hub that would match the right number of spokes.

I found a rim I liked the look of and had approximately the right number of holes to turn down to 24 holes. 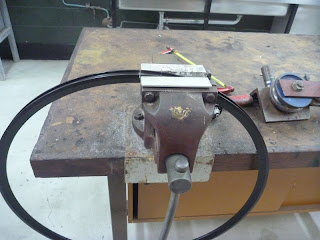 I cut out the joiner piece. 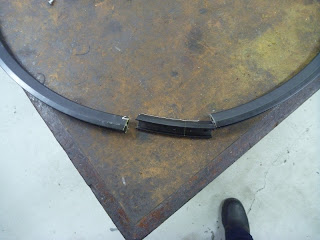 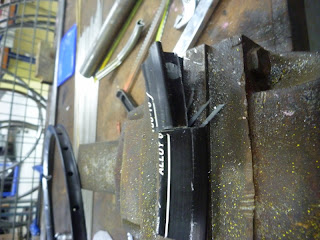 Then Brett showed how to get the joiner piece out. 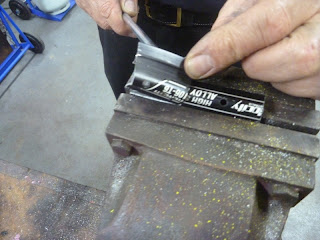 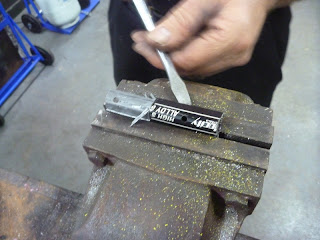 I then turned it down and cut to size unfortunately I miscounted and ended up with a 23 holes and around 17 inch. Oh well back to the drawing board. I went in search of another rim and a hub in here. The Aladdin's cave of old bike bits. 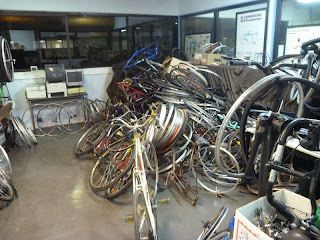 After spending half the night trying to find another rim and being told I couldn't cut and bend a brand new Mavic Open Pro 4 light weight eyeleted road bike rim for my rear wheel (pity it would have been awesome) I went back and looked at the other pile again for about the 17th time that night. The biggest wheel in the picture below will be my front wheel 54 inch. 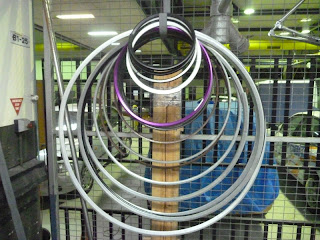 After looking at the options again I was about ready to throw a rock through the round window. I decided it was time for a nice soothing smoke to fix my conniptions. 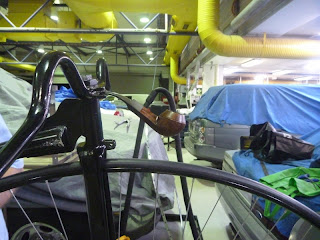 Ah that's refreshing it was time to look for a hub again after a lot of searching I narrowed it down to around 10. I didn't have a rim to match the spoke count so my net was set rather wide. I decided to go to plan B which was use a rim that was turned last year and drill the right number of holes for the hub.The pro's of this choice was it could be drilled to any number of holes and would match my front wheel. The con's of this rim was it's a fraction larger than I was hoping (18inch) and there is a little warping of the rim as deep V rims aren't really designed to go down to 18 inch however to be frank it's not enough to stop me using it after a frustrating 3 hours of chasing circles. 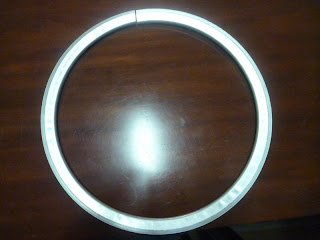 So I still need to see if this rim will work as there has been a little warping of the joint and the joiner is proving a challenge to administer.

I knew I should have stuck with  the arch window. 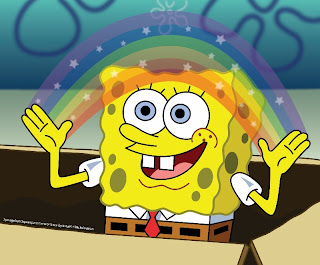