Welcome back after a hiatus my apologies to my loyal reader for this delay. The last few weeks have been a bit slow but interspersed with a myriad of little jobs keeping it going.

Now there has been some progress since the last time we spoke. I showed Brett the rim I joined and frankly he was under-whelmed. So it was time for plan V, so I spoke to my good friends at Velocity and got a nice aerohead wheel built on a nutted hub and radial spokes which I reckon looks pretty sweet. The challenge is always finding the right internal width to take the rubber. 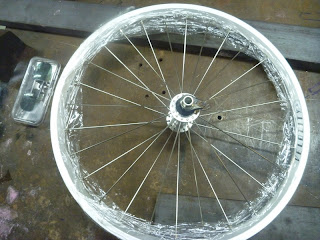 I would have preferred black but beggars can't be choosers when it comes to finding a narrow diameter, narrow width wheel for a penny farthing. Brett informs me after I bought it and showed him that he found the joiner for the other rim he had that I could have used to build a wheel. As they say timing is everything!

So with that decided we could get to work on the rear forks. As I mentioned previously I had purchased some forks from Bicycle Revolution at West End. So it was time to remove the drop outs (fork ends) and cut it down. Interestingly the forks used brass to join the drop outs. Well not really interesting really to anyone with a life. But it did make it easy to get them out you just add heat! 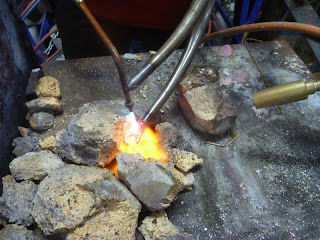 Out they pop. They are still a little warm though. 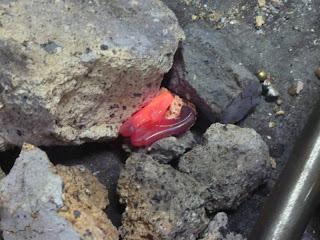 After that I cut off the end of the forks and we convinced it to widen to take the axle.(I will cut off the top etc but I left it on to have something to clamp onto) 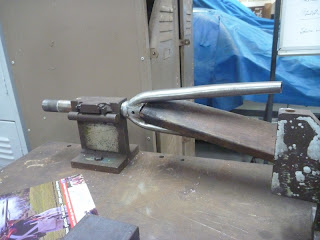 After the convincing, Brett tacked them in place we checked to make sure it was straight. 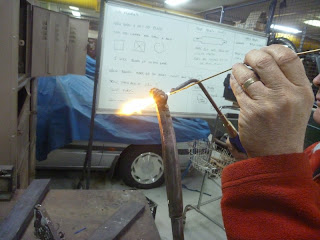 Brett will finish brazing them off during the week as we ran out of time. I also drilled and bent the hub flanges into shape and have tapered the holes so they won't break the spokes and they will sit nicely against the hub. 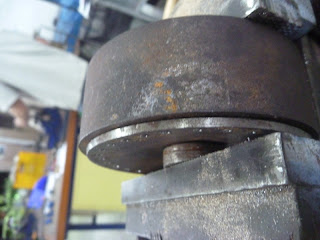 Now the more important part of any class is standing with your hands on your hips or crossed supervising watching Brett work. 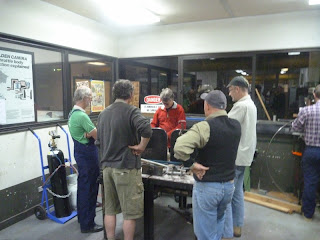 In the last class I also put the thread into the headset which was very hard until we found the cutting compound. 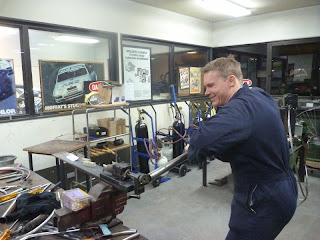 Other odd jobs included cutting out the part that you use to attach the bearing to the forks and bent and filed the handlebar grips/ends.

In other Betty related news Michell from last years class and I did the Brisbane to Ipswich Ride on the weekend. Although only 65kms or so it was a very tough ride. Close to 700m of climbing and a strong headwind along the undulations on the Centenary motorway close towards Ipswich. I only had to walk one little section of around 20m in Ipswich when I started cramping and the hill kicked up and it was all too much for this little black duck. Betty enjoyed her day out meeting new people and was a perfect lady with no broken spokes.

I give this weeks class 4 howling dogs out of 5. 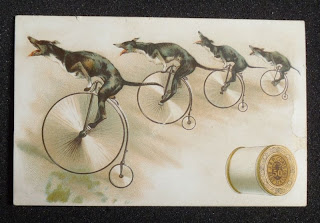